All Collections
Inspiration: Getting started with Progression
The basics
How to create a progression framework. Part One. Organisational structure and the positions to include.

How to create a progression framework. Part One. Organisational structure and the positions to include.

A guide to creating a progression framework. This is a high level overview as to the overall process and to the decisions needed.

Once you know what a progression framework is, and why you might need one, the next obvious step is - how do you create one?

In this three part series we're going to take a look at each stage of building a framework. 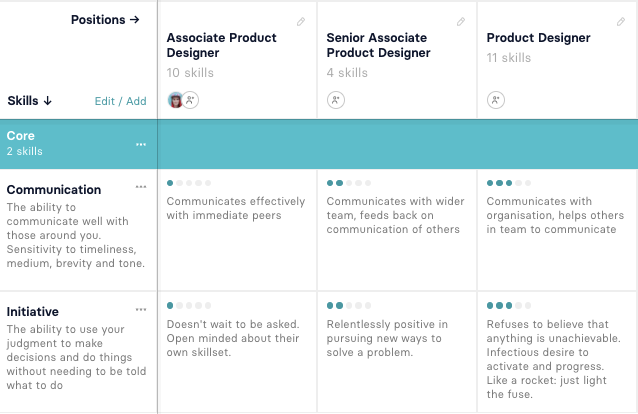 But before we start...who is building the framework with you?

Building a framework should be a team activity. Working with others speeds up the build, achieves buy in from the team, will provide advocates when you roll it out to everyone, and you'll build something that's more representative of your team.

Put together a group of 2-5 of you, designate someone to lead on it, and get started!

Which positions are you going to include in your framework?

In order to decide on which positions to include in your framework you need to make some decisions about the structure of your team. Even if these are decisions you’ve already taken, it’s worth using the progression framework process as an opportunity to revisit them, and ensure your structure is optimised to give your team the best chance of progress.

You need to think about three areas. Check out the links below for more detail on each area

If in doubt when it comes to building a structure for progression, the golden rule is:

Everyone must have somewhere they can grow into

This might be a new title with a similar job, it might be a second track to choose between, or it might be an interim stepping stone level of hierarchy, but if you want people to progress, they must have somewhere to aim for.

People want progression - so give them somewhere to go.

Choosing the positions in your framework can be easy if you’re just importing roles you already use, or it can be quite complex if it sparks discussion about titles, hierarchy and organisational structure. It is key to get done first, before getting stuck into the next stages.

Once we're happy with the positions we're going to include in the framework, we can move onto Part Two - How do I decide which skills to include in my framework.