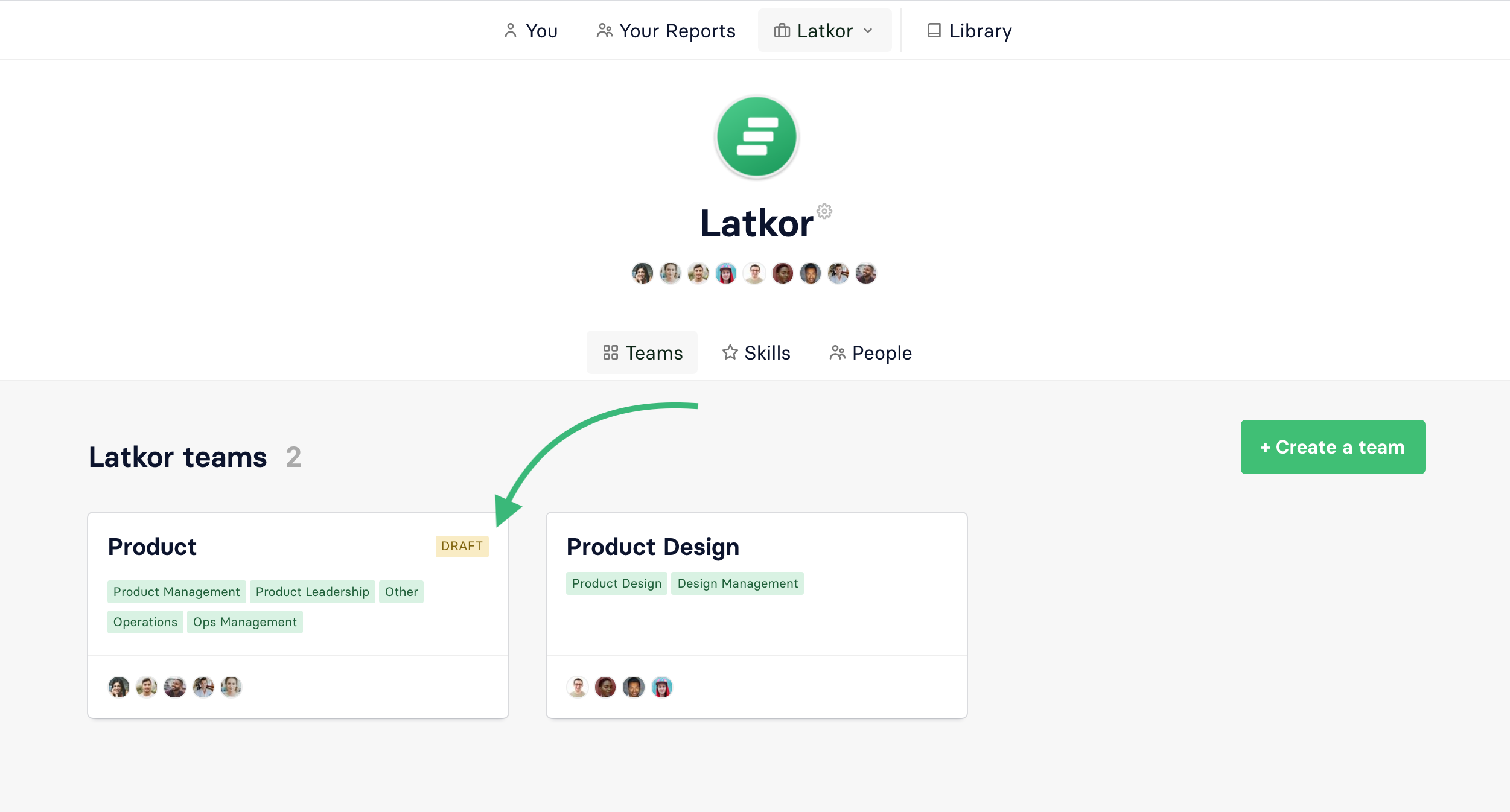 By default when you create a team it will be set as a draft. You will be able to 'publish' your team at any point, and un-publish or 'set to draft' any teams that are currently published.

Who can see a draft team?

Draft teams can only be seen by:

What that practically means is that